No evidence that Pfizer or Moderna vaccines are unsafe during pregnancy, a preliminary study says., 04.21.21 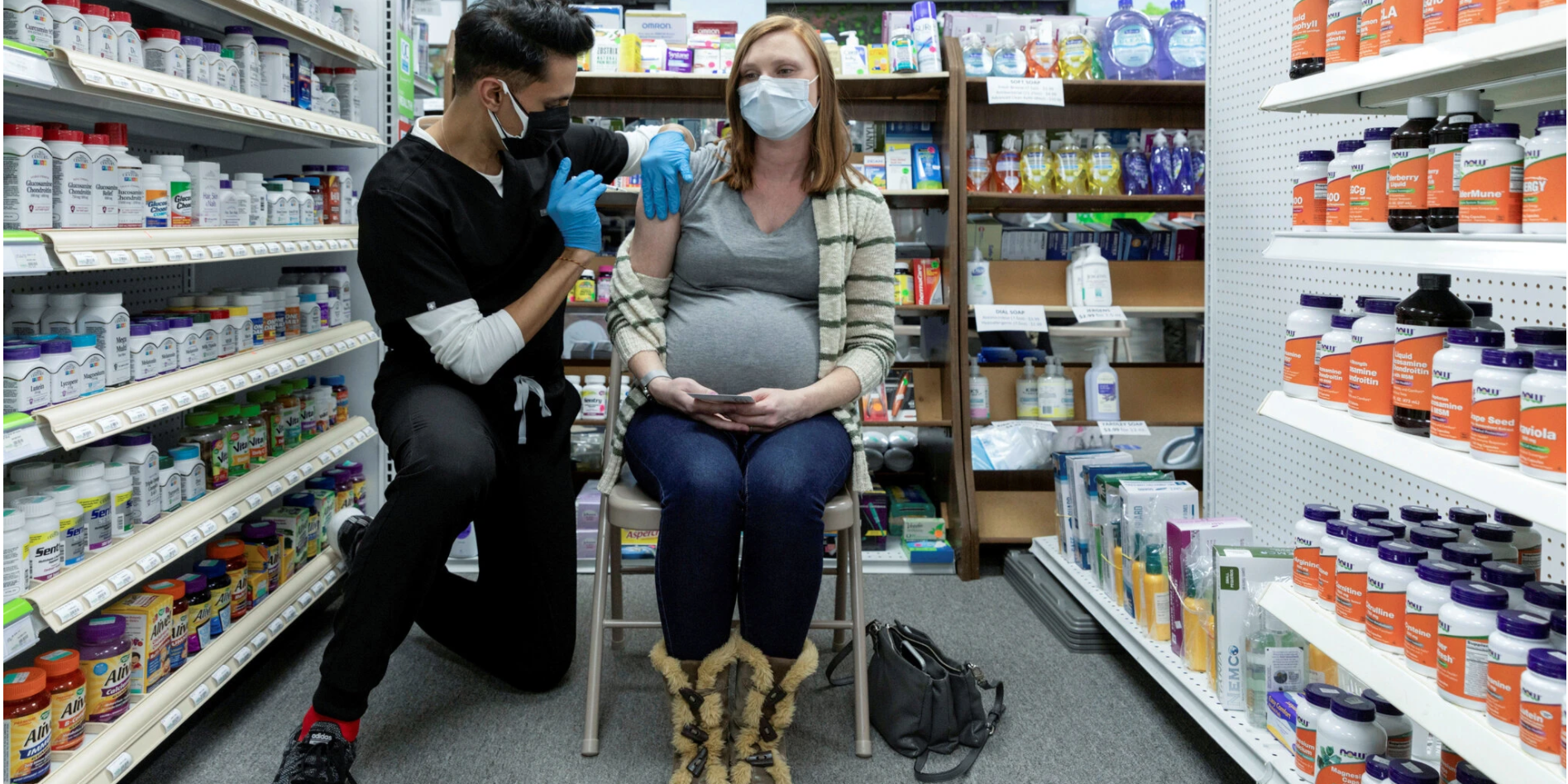 In an early analysis of coronavirus vaccine safety data, researchers at the Centers for Disease Control and Prevention have found no evidence that the Pfizer-BioNTech or Moderna vaccines pose serious risks during pregnancy.

The findings are preliminary and cover just the first 11 weeks of the U.S. vaccination program. But the study, which included self-reported data on more than 35,000 people who received one of the vaccines during or shortly before pregnancy, is the largest yet on the safety of the coronavirus vaccines in pregnant people.

During the clinical trials of the vaccines, pregnant women were excluded. That left patients, doctors and experts unsure whether the shots were safe to administer during pregnancy.

“There’s a lot of anxiety about whether it’s safe and whether it would work and what to expect as far as side effects,” said Dr. Stephanie Gaw, a maternal-fetal medicine specialist at the University of California, San Francisco.

The new data, Dr. Gaw said, demonstrate that “a lot of pregnant people are getting the vaccine, there isn’t a significant increase in adverse pregnancy effects at this point, and that side effect profiles are very similar to nonpregnant people.”

“I think that’s all very reassuring,” she said, “and I think it will really help providers and public health officials more strongly recommend getting the vaccine in pregnancy.”

Because of those risks, the C.D.C. has recommended that coronavirus vaccines be made available to pregnant women, though it also suggests that they consult with their doctors when making a decision about vaccination.

The new study, which was published on Wednesday in The New England Journal of Medicine, is based largely on self-reported data from V-safe, the C.D.C.’s coronavirus vaccine safety monitoring system. Participants in the program use a smartphone app to complete regular surveys about their health, and any side effects they might be experiencing, after receiving a Covid-19 vaccine.

The researchers analyzed the side effects reported by V-safe participants who received either the Pfizer or Moderna vaccine between Dec. 14, 2020, and Feb. 28, 2021. They focused on 35,691 participants who said that they had been pregnant when they received the vaccine or became pregnant shortly thereafter.

After vaccination, pregnant participants reported the same general pattern of side effects that nonpregnant ones did, the researchers found: pain at the injection site, fatigue, headaches and muscle pain.

Pregnant V-safe participants were also given an opportunity to enroll in a special registry that tracked pregnancy and infant outcomes.

By the end of February, 827 of those enrolled in the pregnancy registry had completed their pregnancies, 86 percent of which resulted in a live birth. Rates of miscarriage, prematurity, low birth weight and birth defects were consistent with those reported in pregnant women before the pandemic, the researchers report.

“This study is of critical importance to pregnant individuals,” Dr. Michal Elovitz, a maternal-fetal medicine specialist at the University of Pennsylvania, said in an email. “It is very reassuring that there were no reported acute events in pregnant individuals” over the course of the study, she said.

But the report has several limitations and much more research is needed, experts said. Enrollment in the surveillance programs is voluntary and the data are self-reported.

In addition, because the study period encompassed just the first few months of the U.S. vaccination campaign, the vast majority of those enrolled in the pregnancy registry were health care workers. And there is not yet any data on pregnancy outcomes from people who were vaccinated during the first trimester of pregnancy.

“I think we can feel more confident about recommending the vaccine in pregnancy, and especially with pregnant people that are at risk of Covid,” Dr. Gaw said. “But we do need to wait for more data for complete pregnancy outcomes from vaccines early in pregnancy.”