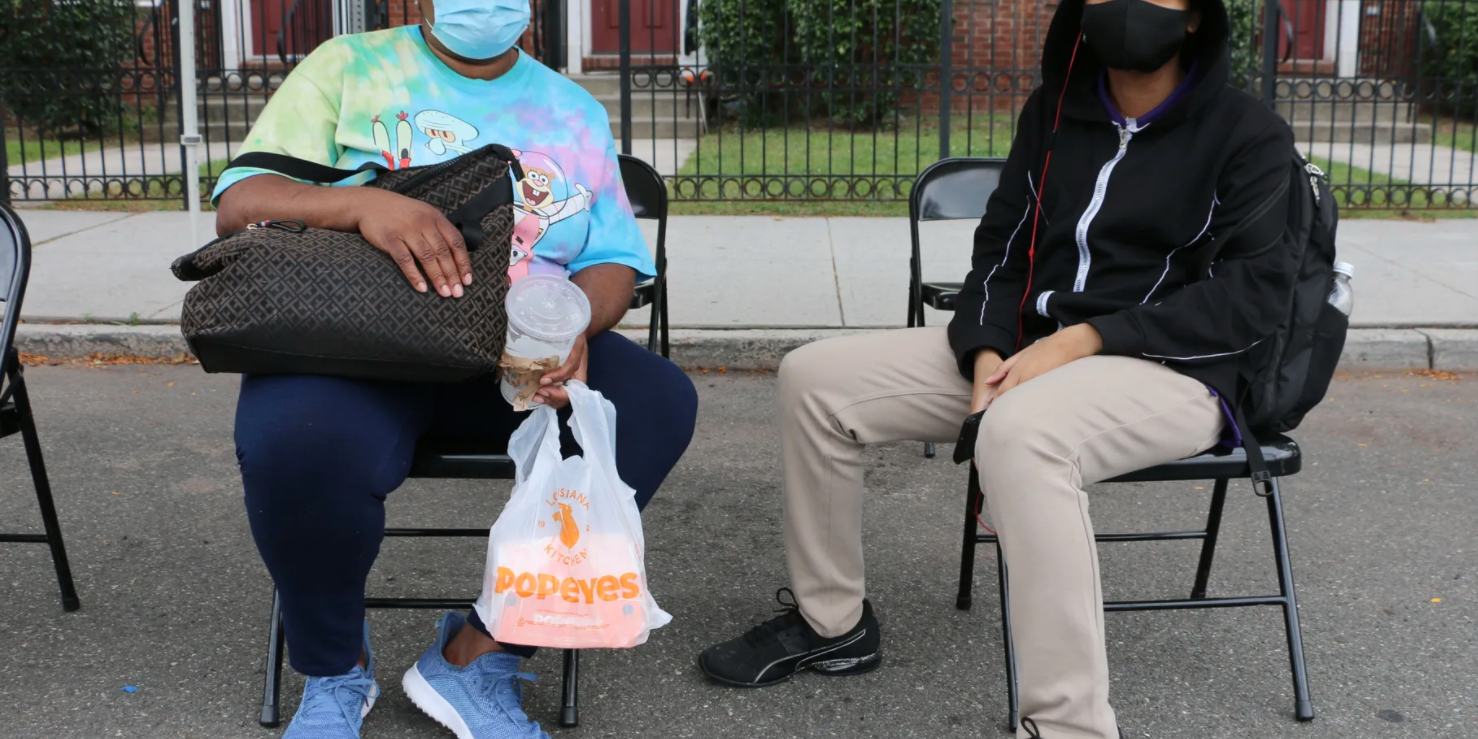 As of mid-July, only 30% of eligible Newark children had received at least one dose of the COVID-19 vaccine — a full 14 percentage points below the statewide rate. That month, Mayor Ras Baraka warned Newark residents that, with so few young people inoculated and the delta variant spreading like wildfire, schools could end up shutting down right after they reopen.

“Our kids are not vaccinated at the rate we need them to be,” he said on July 30.

Then something remarkable happened. The city and its partners embarked on a shot-giving spree that drove up Newark’s youth vaccination rate by 25 percentage points in just two months. Now, 55% of 12 to 17 year olds have gotten at least one shot — nearly erasing the city-state gap. (Among all Newark residents 12 and up, 72% have had at least one dose.)

How did Newark do it? The key, said Dr. Mark Wade, director of the city health department, has been meeting residents where they are. That has meant not only setting up vaccination clinics in schools and neighborhoods across the city, but also patiently listening and responding to residents’ concerns.

“The availability of vaccines was not an issue,” he told Chalkbeat. “It was literally convincing and assuring community residents that it’s safe, it’s effective, and worth doing — not only for one’s individual health, but to protect the community as a whole.”

Now, Newark plans to accelerate its vaccination drive by opening clinics in almost every school and targeting parts of the city with the lowest rates. At the same time, district schools will soon start testing students for COVID on a weekly basis, Wade said.

Earlier this year, Newark was one of New Jersey’s least-vaccinated cities. Despite suffering a disproportionate share of the state’s COVID deaths, just over one-fifth of Newark residents had been vaccinated by early May — half the statewide rate. And when a federally run mass vaccination site opened in the city, more out-of-towners got shots there than did Newark residents, Baraka said.

That’s when state and local officials changed tack. Rather than only offer vaccination appointments at select sites, Essex County and the city started hosting pop-up clinics at parks, schools, and churches. The state sent trained volunteers into Newark and other underserved communities to answer residents’ questions in person and walk them through the vaccination process.

The more personalized approach proved effective. By late July, 56% of Newark adults were fully vaccinated — up from just over 20% in May.

“We moved much more aggressively over the summer out of the four walls of our institutions, and got deeper into the community,” said Wade, who credited Baraka’s leadership.

But there was a problem: Despite making headway with adults, Newark had vaccinated less than a third of eligible children, ages 12 to 17, by mid-summer. The low rate was especially worrying as Gov. Phil Murphy had ordered all students to return to school in person this fall. Experts warned that school outbreaks, already a real possibility due to the delta variant, would be even likelier if more students weren’t inoculated.

From late July through late August, the city health department, Essex County, and Saint James Health, a Newark-based healthcare provider, set up vaccination clinics in nearly 30 district schools. Knowing that some working parents couldn’t accompany their children, the sites allowed parents to give vaccination consent over the phone. The school district helped promote the new “Vaccines for Teens” campaign.

As access expanded and schools reopened, youth vaccinations surged in Newark. Still, many young people remain hesitant. Like their peers nationwide, some question the safety of the vaccine or fear possible side effects. And like so many Americans, they are inundated with misinformation about the vaccines on social media.

“It’s some crazy stuff out there,” Newark Councilwoman LaMonica McIver said last month at a backpack giveaway she helped organize, where parents and eligible children could also get vaccinated. “Trying to beat that misinformation and educate young people is something that we have to do more of.”Become a Chalkbeat sponsorhttps://d0d17af46680e48dcf42cedeb813c1a5.safeframe.googlesyndication.com/safeframe/1-0-38/html/container.html

Misinformation isn’t the only thing fueling vaccine hesitancy. The American healthcare system’s long history of mistreating Black people has understandably bred mistrust among some of the city’s Black residents, including teenagers.

“Still, to this day, I don’t know if the government is behind COVID,” she said, citing a conspiracy theory not backed by evidence. She added that officials urging people to get the shot only heightens her suspicion. “I wouldn’t do anything based on what the government tells me to do.”

Dr. Wade said officials promoting the vaccines must acknowledge the history of racism within the medical establishment and U.S. government. But they should also emphasize that getting the vaccines will help protect Black and Hispanic communities, which COVID has hit especially hard.

Corie Jones walked her daughter, Tokyo, to a pop-up vaccination site that Saint James Health set up Thursday near the corner of Peshine and Clinton avenues. Tokyo, an 11th grader at Newark Vocational High School, said watching friends get sick or lose family members to COVID made getting the vaccine a no-brainer.

Isaiah Archer, a freshman at Shabazz High School, jumped into his mother’s waiting car as soon as he got his shot at the same site Thursday. His mother, Kai Archer, said she hopes more families do the same.

“The parents need to get out here and get their kids vaccinated,” she said. “It’s to save their lives.”