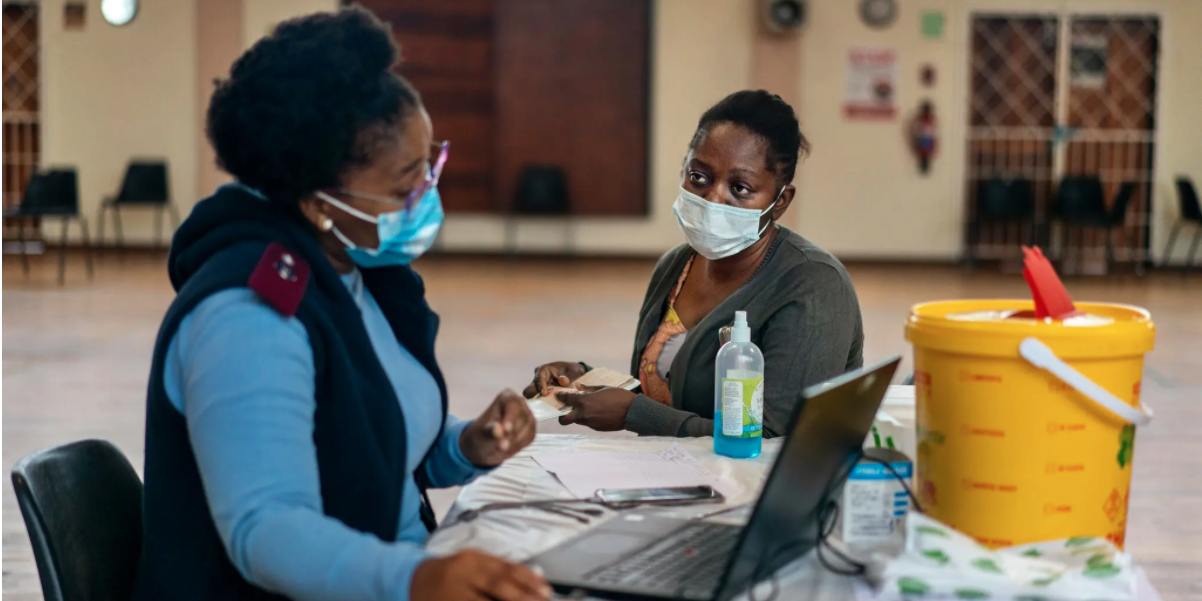 Scientists around the world are racing to understand the Omicron variant, and there are some clearer signs than a week ago.

Today’s newsletter will try to answer four big questions about Omicron, with help from experts. The answers do come with a caveat: There is still a lot of uncertainty about almost every aspect of the variant. As scientists learn more, I’ll continue to update you.

Does Omicron spread faster than earlier variants? Yes, in all likelihood.

The number of Covid cases is soaring in South Africa, for example. It’s still possible that this will be a mirage — and that the world is confusing a more normal surge in cases with the effects of a new variant. (Surges do often happen for mysterious reasons.) But the evidence for faster spread of Omicron seems strong.

“The data out of South Africa suggest that the Omicron variant is spreading more quickly than Delta,” Janet Baseman, an epidemiologist at the University of Washington, told me. Dr. Rebecca Wurtz of the University of Minnesota said, “Omicron is more contagious.”

A bigger unknown is why it’s spreading rapidly, and there are two plausible answers. The first is that Omicron is more contagious in a technical sense — that it spreads more rapidly among people with no immunity than earlier variants did. The second is known as immune evasion; it describes the notion that vaccinated people and those who were previously infected contract Omicron more often than they contracted earlier versions of the virus.

Both explanations could be true, and many scientists think they probably both are. But the facts are not clear, and one of the two explanations may turn out to be much more significant than the other. “Bottom line: Not much doubt that Omicron spreads faster than Delta; we’re still not 100 percent sure why,” Dr. Robert Wachter of the University of California, San Francisco, told me.

Is Omicron more severe than earlier variants? Probably not. But there is less consensus on this than the first question.

Severe Covid illness often takes a week or more to develop, and the world has been aware of Omicron for less than two weeks. “We may just not have had enough time to see severe disease develop,” Dr. Aaron Richterman of the University of Pennsylvania said. The initial studies of Omicron patients have also come disproportionately from South Africa, where the population skews young and many people were previously infected with Delta. Both groups are unlikely to get very sick.

“What is hard to assess right now,” Jennifer Nuzzo of Johns Hopkins University said, “is how this will play out if or when older and more vulnerable people become infected.”

But other scientists believe that the early signs are clearer and more positive. If anything, they say, Omicron may be milder than previous variants. Hospitalization and death rates in South Africa have not soared even as cases have. Intriguingly, patients are reporting less loss of taste and smell.

Dr. David Dowdy, another Johns Hopkins epidemiologist, told me that he happened to have a close research collaboration with scientists in Tshwane, a South African city at the epicenter of the outbreak. His colleagues there have told him that hospitalizations and oxygen demand are lower than during previous waves. “I think the signs are actually extremely optimistic,” he said.

You’ll hear some similar messages in these Bloomberg interviews with South African scientists. “It’s early days, but I’m less panicked,” said Richard Friedland, the chief executive of the country’s largest network of private health care providers. “It feels different to me on the ground.”

Either way, I think it’s a mistake to assume that Omicron is more severe than earlier versions of the virus — as people often do when they hear about a new variant. “Thus far, the signals are a bit encouraging regarding the severity,” Dr. Anthony Fauci said this weekend on CNN.

3. Risks to the vaccinated

So are vaccinated people protected or not? The answer depends on the meaning of “protected.” Is it protected from any Covid infection — or from severe illness?

“I do think vaccines will hold up, not so much for getting infections but for severe illness,” Dr. Eric Topol of Scripps Research told me. Dowdy, of Johns Hopkins, put it this way: “Our immune systems are designed to protect us from getting sick, not from getting any infection whatsoever.”

The situation may be similar for unvaccinated people who have had a prior infection — or they may be more vulnerable than the vaccinated to serious Covid. It’s not clear.

One worrisome postscript is that even seemingly mild Covid infections can prove deadly for vulnerable people, like the elderly. The flu kills large numbers of elderly people for the same reason.

A second problem is that immunity among the vaccinated and previously infected really does seem to be waning over time. “Our effective vaccination rate is dropping” because of waning immunity, Topol noted.

All of this argues for getting vaccinated, even if you have been infected, and getting boosted, if you’re eligible. “People need to be told to get boosted now and not wait the three to four months for a specific Omicron vaccine,” Wachter said.

Do Covid tests — including both PCR tests and rapid at-home tests — still work? Yes, based on the signs so far.

Assuming that remains true, it will be very helpful. “Omicron’s spread will put a much greater premium on rapid testing, as will the new oral drugs,” Wachter said.

The early signs may prove misleading, and we will know more within a few weeks.

For now, vaccinated people can reasonably continue to behave as they were — but many should feel urgency about getting booster shots. Older people and others who are vulnerable, like people receiving cancer treatment, should continue to be careful and ask people around them to test frequently.

Unvaccinated people remain at substantial risk of serious illness. About 1,000 Americans have been dying each day of Covid in recent weeks, the vast majority of them unvaccinated.

Look up case and deaths counts for your county here.